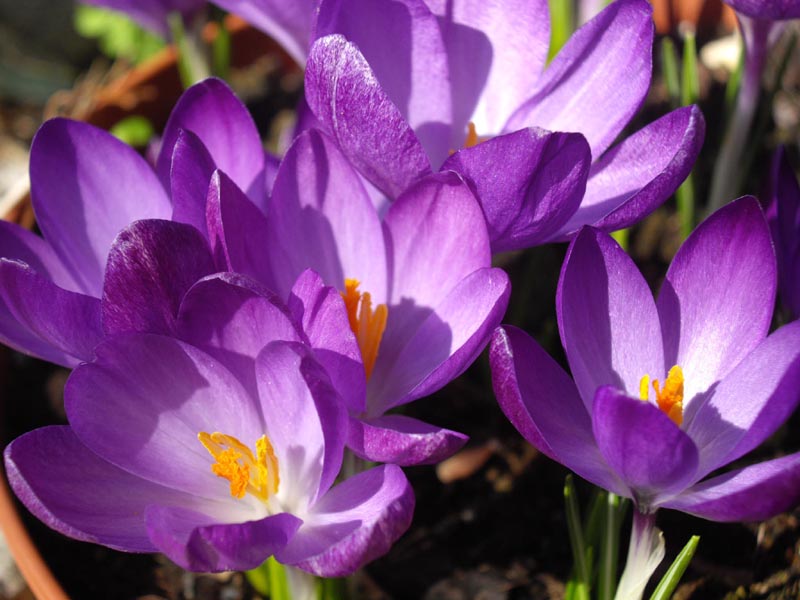 Via a Newsletter to our Secretary in 2016, the Royal Horticultural Society promoted the Purple4Polio campaign backed by them but organised by Rotary to support those countries still in need of eradicating polio.  The RHS were offering 5000 purple crocus corms to local communities at a reduced rate.  Foxton Gardens Society took up this offer; the corms were delivered during September and planting was completed on 24th October 2016, the official world Polio day.
The Scouts did a great job planting 2,500 corms outside the Robert Monk Hall, around the tennis courts, an area in Park Close next to Main Street, and a planter at Rural Trading.  Foxton School took 500 corms, Foxton Locks (through Canal River Trust) took 1,000 and the Langton Garden Centre donated several bags of compost to help with any poor soil conditions encountered.  Either side of the path leading from the steps to the front door of St Andrews Church was planted by FGS.
This particular type of crocus is called Ruby Giant.  It is hardy and expected to increase year on year.
NB:  The purple of the crocus symbolises the dye used to mark each child to show they have been immunized.
​